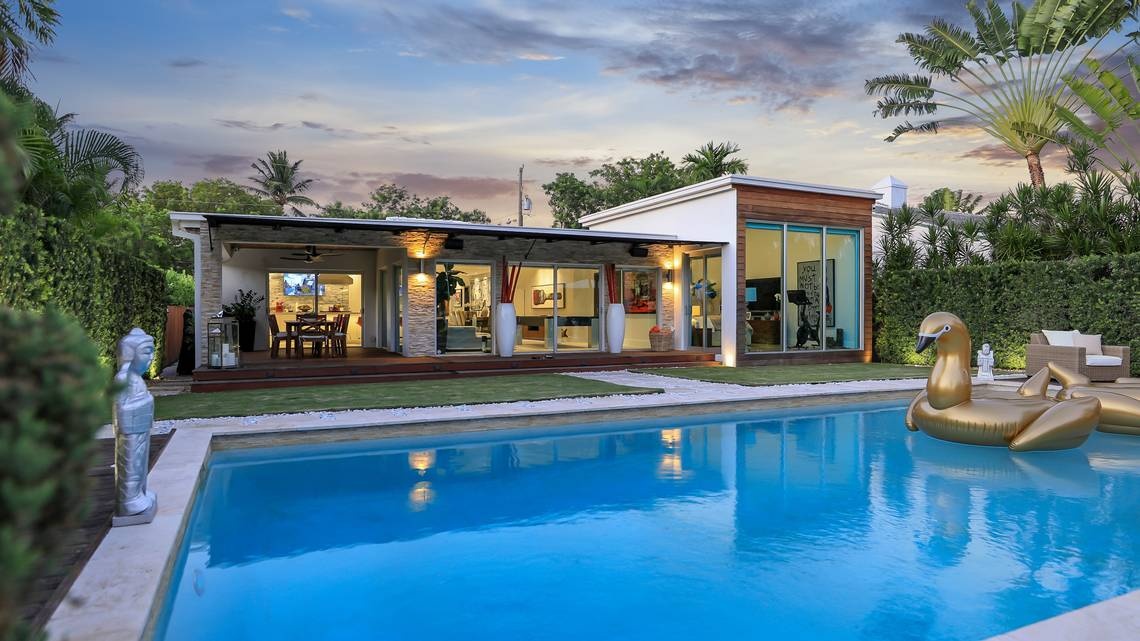 Cédric DePasquale, known as the Grammy Award-winning music producer Cedric Gervais, listed his four-bedroom, four-bathroom waterfront home for $2.8 million. The house is located on a canal in Biscayne Point, a gated community on the Biscayne Bay side of Miami Beach near Northeast 85th Street. DePasquale is looking to build a larger home elsewhere in the Miami area, according to broker Michael Wiesenfeld, a Realtor associate at Freud Group and listing agent.

“The ideal buyer would [either] be someone from out of town who wants a waterfront home, a family because you have the pool and water sports, or a musician because it has a music studio,” said Wiesenfeld.

But the higher price reflects renovations that enlarged the master bedroom’s closet and bathroom and added another bed and bath. The house now measures 3,226 square feet.

Wiesenfeld said he will advertise the house on the Wall Street Journal home page to target potential local and international buyers. “It’s a numbers game, the more people that see it that might want to buy the house.”

In the meantime, DePasquale is looking to move on. The artist is looking to trade his life on the canal for a larger lot size — his is currently 9,000 square feet — to build a new home on the mainland, possibly in Coral Gables, said Wiesenfeld. He said, “The set plan is to think about the future. Coral Gables has bigger lots and he wants to build a home from scratch.”