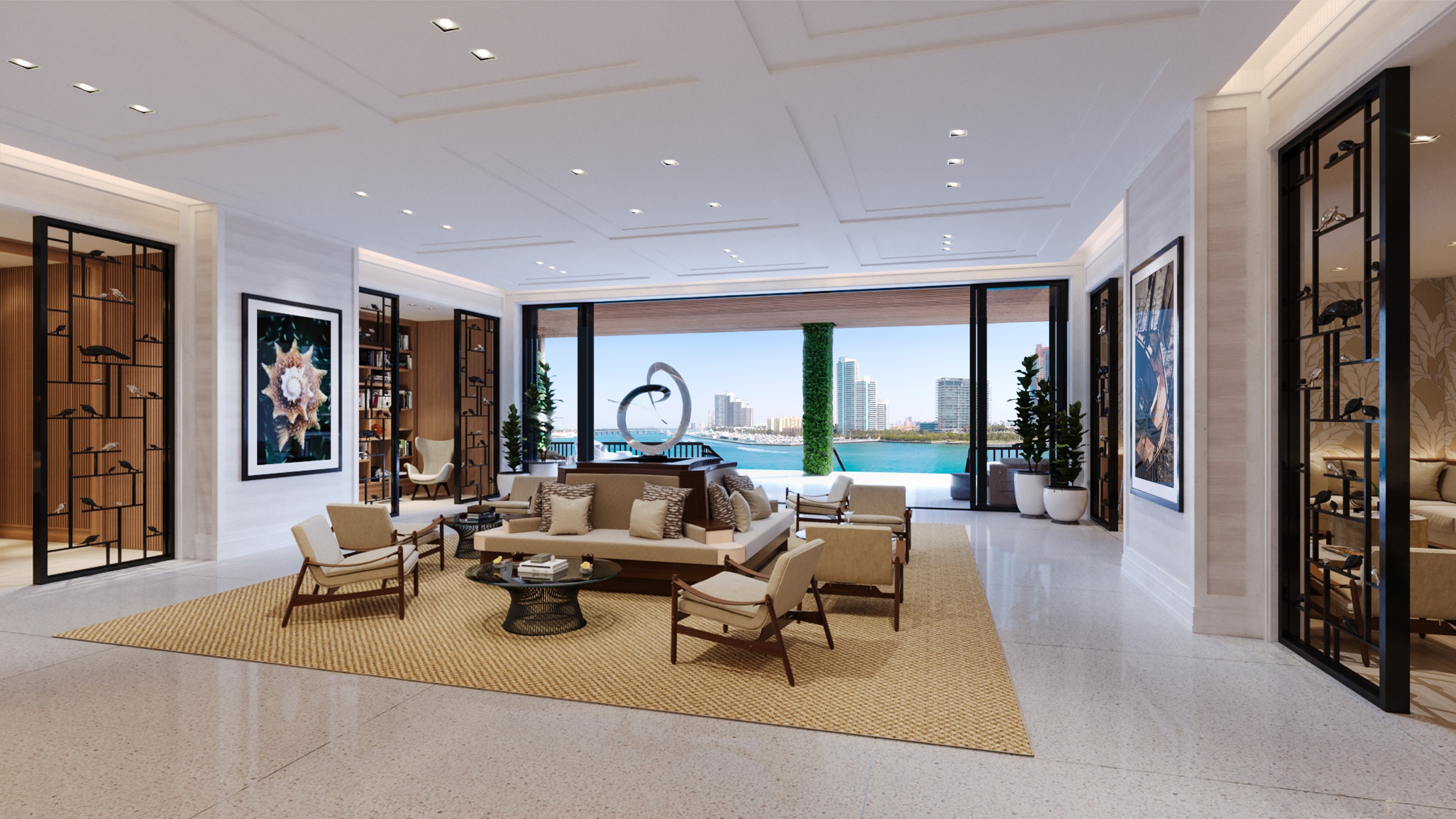 This past week I visited our special Island, Fisher Island.  Fisher Island   was, in fact, not even an island until 1906, when the government, looking to ease port traffic, dug a canal called Government Cut, separating the land from South Beach. The newly-created island was owned for a while by Dana Dorsey—southern Florida’s first black millionaire—but was sold in 1919 to real estate mogul Carl Fisher. A year later, Fisher traded the island to monied heir William Vanderbilt II for a large boat and $10, in a deal that Ekdahl believes was conducted “while neither men were likely sober.” The Vanderbilts owned Fisher Island for the next two decades, building several large homes, an airplane landing dock, and an ornate mansion that is still the highlight of the island. Since Vanderbilt's death in 1944, ownership has changed several times, with the company Fisher Island Club standing in since 1987.

There are roughly 700 families who own homes or apartments on Fisher Island, although only a fraction are there at any given time, with most spending vacations or a few months there annually. About half of the households are from the U.S., namely New York City and Chicago, and consist of financiers and CEOs, although a few celebrities like Oprah Winfrey have lived there.

Although there are some single-family mansions, Fisher Island's most common buildings are multi-family apartments, which meander along beaches and small public spaces in a way that feels vaguely urban. Most buildings are several stories high, clustered together, and contain only a few large apartments each. So that gets me to the 2 new buildings being built on the Island.  The first one to talk about is  Palazzo Del Sol. Translated meaning the Sun.    This building is completed and and we have 7 units available out of 50 units still for sale.  If you want to live on Fisher Island and live in the best  - Palazzo Del Sol is the place to be.  Plaza Del Sol was meticulously designed to honor the legacy of Fisher Island,  Architecturally, the sprawling 10 story, 46 residence Kobi Karp designed palazzo is contemporary homage to the island's original development, the Mediterranean Vanderbilt Mansion built in 1936.    The remaining units are  huge homes - you feel like you are in that single family home.  I think it's better than living in a single family home.   Private elevator -24 hour staff to cater to all your needs.  Large terraces.  3 to 7 bedrooms starting from $7.2 million up to  $15 million.