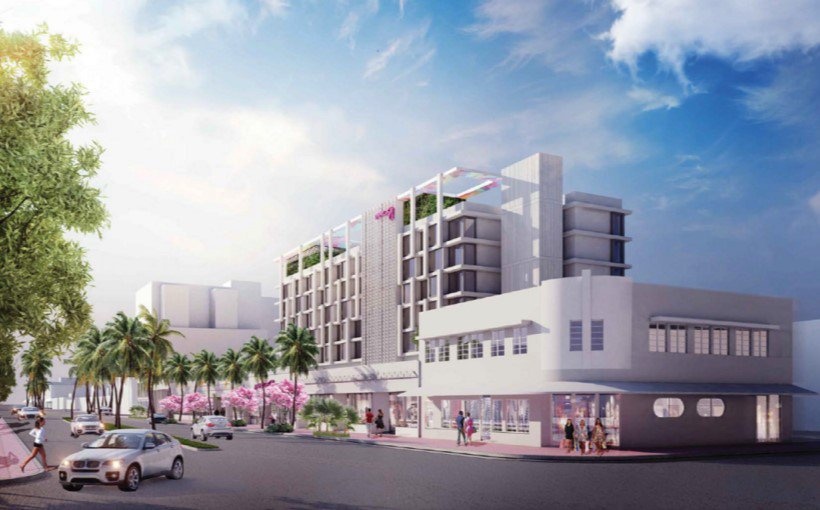 National real estate investor and developer Lightstone has topped out Moxy South Beach, a 202-room, eight-story hotel in Miami beach. Located at 915 Washington Ave., the 78,000-square-foot property will feature an outdoor courtyard, restaurant, Cuban-themed bodega and a co-working lounge, as well as a 72-foot pool and a fitness center.

The hotel is scheduled for a Fall 2020 opening. G.T. McDonald Enterprises is serving as construction manager on the project, and the hotel will be operated by Urgo Hotels & Resorts. Lightstone is currently developing a total of seven Moxy hotel properties in New York, Miami and downtown Los Angeles.

“We’re excited to be bringing Moxy to Miami on the heels of successful openings at Moxy Times Square and Moxy Chelsea,” said Mitchell Hochberg, president of Lightstone. “We’re confident that the Moxy ethos will resonate with both the Miami traveler and local residents.”