Virgin's Brightline Train - MIami is on the move 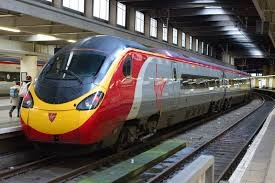 Ridership on Virgin’s express train may finally be on track to meet its aggressive targets.

Formerly known as Brightline, the company reported late Friday that March ridership had increased 17 percent over February’s to 91,903 passengers, with revenue increasing 21 percent.

The company continues to promote discounted fares, currently 25 percent off. Ridership has also been boosted by spring travelers and spring breakers, the company said.

A year-on-year comparison is not valid, since Brightline did not begin full Miami service until May. The company said in its filing that it is seeing rapid adoption of its service by repeat customers.

The company announced last week it had secured funding to begin building out its $4 billion plan to extend express service from West Palm Beach to Orlando.